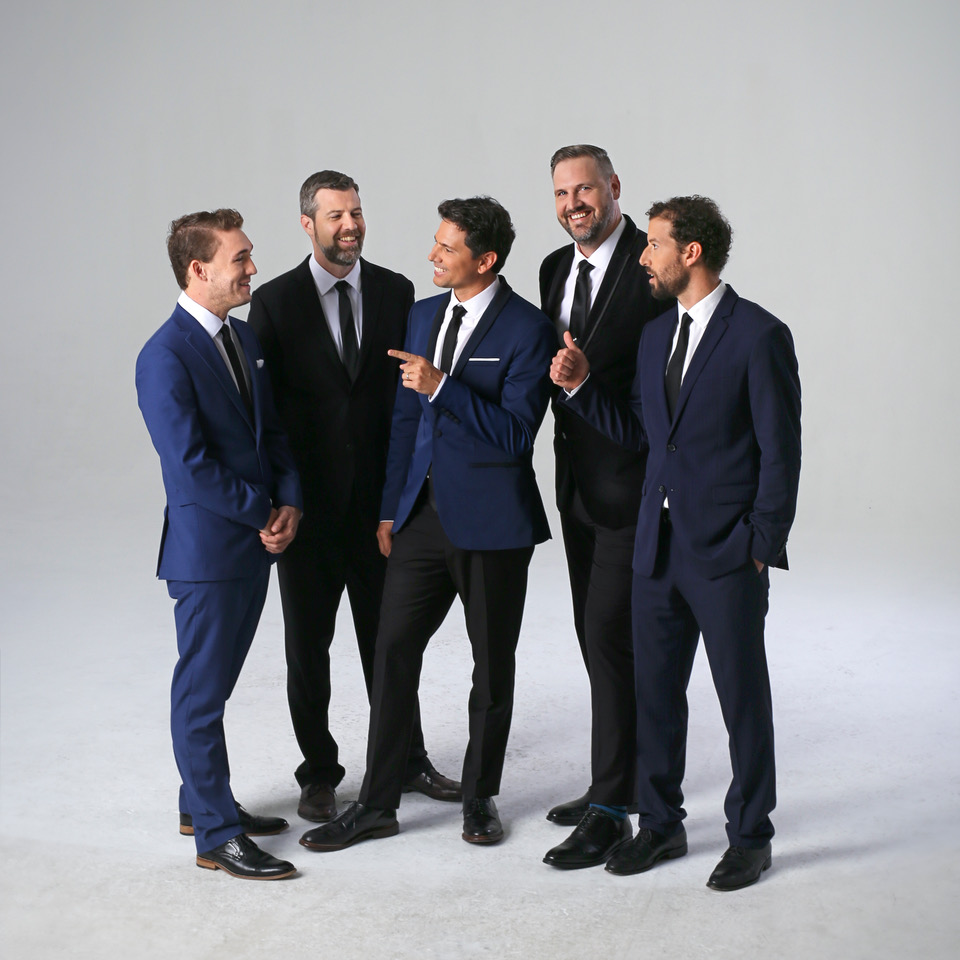 The Black Market Trust are an American Traditional Pop/Vocal Jazz group from Los Angeles who combine the sounds of the legendary American crooners and vocal groups with the fire and energy of Gypsy Jazz guitarist Django Reinhardt. Consisting of five world class musicians who have traveled the globe recording and performing on the world’s biggest stages and with music’s most renowned artists, The Black Market Trust capitalize on their experience and pedigree to deliver a high energy, crowd pleasing performance filled with some of the best songs ever written.

The live show features material from The Great American Songbook infused with Django’s romantic and virtuosic flavor.  Add some intricate vocal harmonies, a dash of Rat Pack-style comedy and it’s clear to audiences why The Black Market Trust have quickly earned a reputation as one of the premier live acts performing in music today. Be transported as they meld two distinctly different vibes- one of a gypsy campfire, the other a slick metropolitan nightclub- into a cohesive, stylish sound.